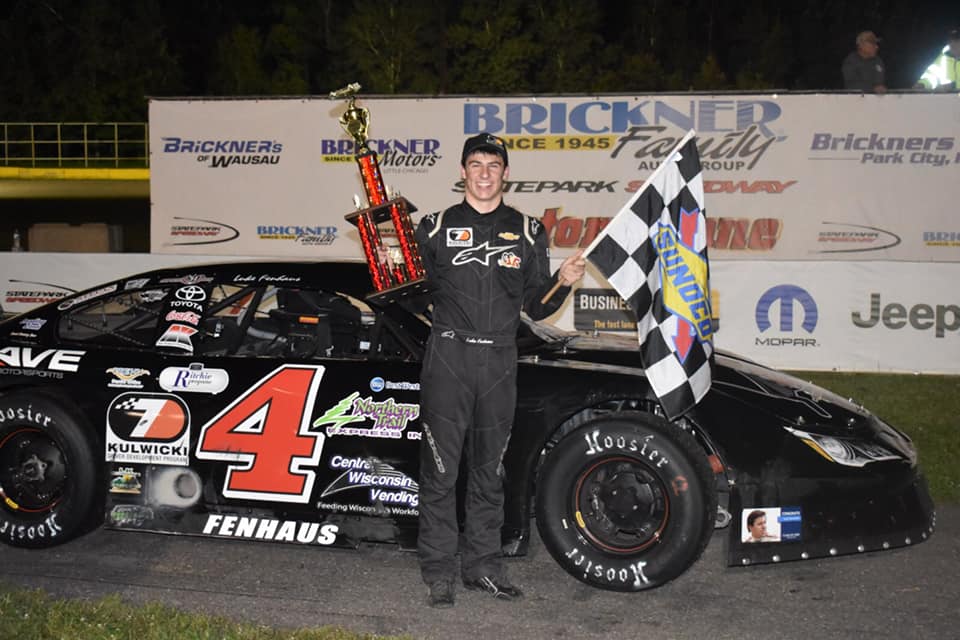 Luke Fenhaus has become a mainstay in Victory Lane at State Park Speedway as he picked up his second straight win at his local track Thursday night.  These marked the 15-year-old driver’s first two wins of the 2019 season.

“It feels good to be back winning and winning two in a row is awesome,” said Fenhaus.  “I missed winning a lot and hopefully we can do it again this Thursday night.”

Fenhaus set fast time Thursday at State Park and started at the rear of the field with the invert.  In just 10 laps he worked his way into third, then took the lead on lap 21 and never looked back.

“I think we had just been really focusing on getting it to cut through the center and we have gotten that to happen,” said Fenhaus.  “We got to pass a lot of good cars and that’s what we were missing.  Now that we have that I think we can win any race there.”

This Thursday night, the Wausau, WI driver will look to make it three in a row at his home track in the final event of the 2019 season.

“I’m really happy for my family and my team and all the KDDP people that are involved and helping us.” said Fenhaus.  “I’m glad we can win two in a row with them and hopefully make it three in a row.  I think we have a good chance to do that.  We are just going to keep doing out thing and I think we have a great car, so we’re going to keep the positive momentum rolling and get another W on championship night.”